Create an Account - Increase your productivity, customize your experience, and engage in information you care about.

Sean France 1968-1993 The Glendale Police Department is dedicated to the pursuit of justice in each and every case it investigates. To that end, we have posted two unsolved cases currently being examined. Of course, these are not the only cold cases under review.

A cold case generally refers to a violent or other major felony crime that remains unsolved after at least a year. Unsolved crimes that are subject to a statute of limitations are not usually considered cold cases.

This site will profile cases on a regular basis, encouraging anyone with information to contact the investigators listed, with the goal of reaching a resolution. 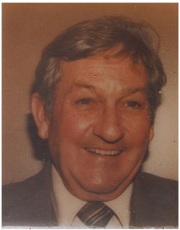